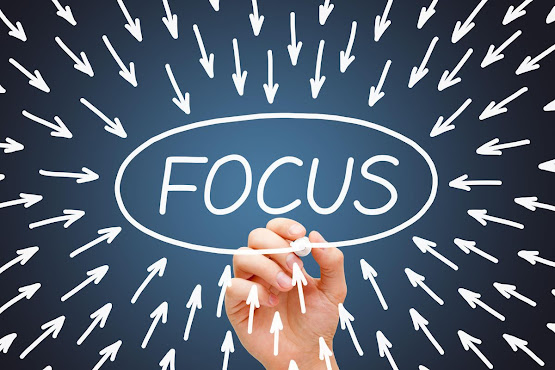 When Bill gates first met Warren Buffet, they knew they'd make great friends, although before he met with Warren Buffet he was resisting this meeting and he thought that Warren won't add value to him, and stocks wasn't the field of interest for Bill Gates.

But as they were both so smart and ambitious business people, they had a great friendship that helped them both develop and be better people.When Bill's father asked the two of them to write down one word that would best describe what helped them the most, Warren Buffet Says:"Bill and I without any collaboration at all, both wrote the word "F O C U S"He follows:" well, focus has always been a strong part of my personality, If I get interested in something I really get interested, If I get interested into a new subject , I want to read more about it, I want to talk more about it , I want to meet people that are involved in it."All great people who succeeded, did so because they know exactly how they could focus on what really matters, and don't let other things distract them from what they are doing.Jack Ma (Founder of Ali Baba ) said:"“If there are nine rabbits on the ground and you want to catch one, just focus on one.”He said so because if you chose to catch all nine rabbits, chances are you won't catch any of them, and this is what most people do in business, they guess that many opportunities means necessarily greater wins, but that isn't necessarily true, because you could easily get distracted and not succeed at any of them.Warren Buffett once said, "The difference between successful people and really successful people is that really successful people say no to almost everything."Because successful people know that every yes is a no to another project, another task, or another mission.That is why you need to focus, focus on your main mission, on your core role, don't get distracted by so many projects, so many tasks, or so many goals.I'll end this up by mentioning maybe the greatest thing Warren Buffet has ever said.Warren Buffet made a rule that is called: 25/5where he says: Write the top 25 goals you want to achieve, then choose only 5 of them, and never think of the other 20, at least till you get the 5 you've chose done.Hope this was helpful, and I wish you great success in your personal and professional life.Brought to you with love by
Web Free Map
Post a Comment
Labels#becoming warren buffet