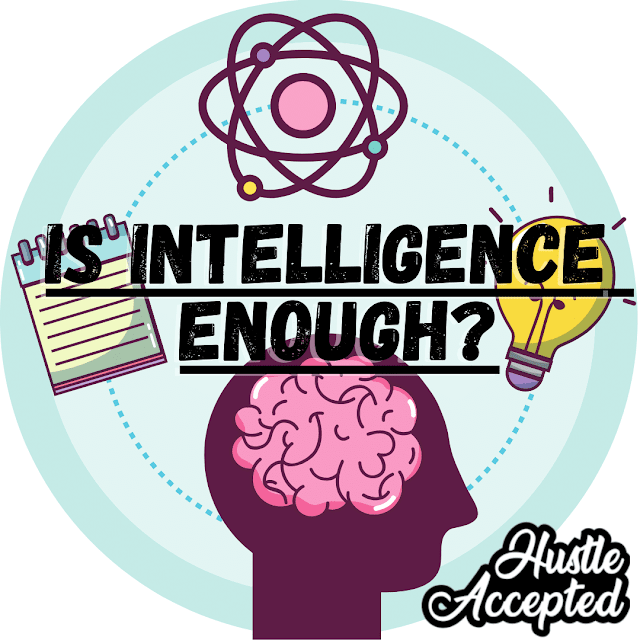 What else could you think of as an essential resource for success?
This question has been answered brilliantly by the famous writer Fyodor Dostoyevsky, so what did he say? 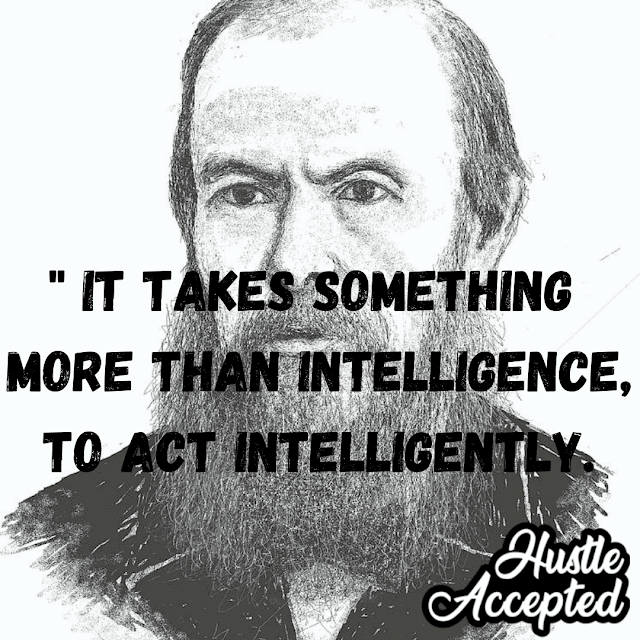 "It takes something more than intelligence to act intelligently"

-Fyodor Dostoyevsky , Crime and punishmentSo he left an open answer, he said that you need something else different than intelligence to act intelligently.
We'll try to cover as many points today briefly and just enough that you get it.

More important than knowing anything, is being aware of it, so they seem similar but I'll prove otherwise now.
You see that during the Covid-19's period, almost every single person on earth knew that there is a pandemic, but was everyone aware of it?
You may see people back then acting normally as if nothing happened, going out with their friends without masks and being so close to each other without taking any precautions, but other people were taking every single precaution and took the pandemic seriously, so what is the difference when they both know that there is a pandemic?
The answer is awareness, the people who were fully aware of the pandemic are the people who took the precautions.
So we could define awareness as continuous knowledge that never goes away from your mind, I'm aware of the pandemic so every single second I'm acting accordingly.
That is why you could find someone that read all books related to personal development, but isn't aware of his bad habits, so he'll act as if he read nothing.

It takes awareness to act upon the knowledge.

You could see someone that is so smart, but isn't rational, he acts according to his feelings not his thoughts or plans, so he ends up not using what he learned because he can't control feelings or put them aside while taking a serious decision.

I'm gonna admit that I was impulsive before, I used to take actions instantly that I maybe don't give myself enough time to think and decide, so my impulsivity made me lose so many things that I treasure and also made me lose my intelligence many times, that is why you need to kill impulsivity.

4)Linking results to their real cause:

It's so sad that you might see intelligent people lose their intelligence immediately because of linking things and results to unreal reasons.
like someone who was fired and said that this happened because his boss hates him when he was really unproductive and toxic to the company's environment.
That is why you should try and reach the real reasons behind results, and avoid linking them to unreal ones.

We often practice our intelligence on ourselves, and that is one of the most harmful practices when you do it negatively, time for an example:
You are smoking a pack of cigarettes per day, and you know that it's consuming your money and health intensively and that it's no good for you, and you also know that to get rid of this habit, you should cut it off once and replace it with a different habit that satisfies you more, for example, going to the gym.
So, instead of you doing so, you say I'll just decrease the no. of cigarettes I smoke, and I could quit smoking that way, while you know for a fact that this will cause you to get back to smoking, and you know this for sure because you've tried it yourself multiple times.

6)Not Opposing What You Know For Sure:

We all know that success never happens overnight, and you know this for sure.
So, when you start a business and say I'll make it profitable in the first 2 weeks, and after 3 months it will be a million-dollar business, you know that you're opposing what you know for sure, which is that success doesn't happen overnight.
So it's also kind of misleading yourself, but this one comes more unintentionally.

7) Knowing that we are different:

I once read a book called "Why people around you are idiots" it was originally written in Arabic as "لماذا من حولك أغبياء"
So he answered this question in literally a page and a half, he said that the most common reason we feel that other people are idiots is that we often think that if we were at their place we would've acted differently or thought in a different way.So the main reason you feel other people are idiots is that we were differently upraised.
We had a different childhood, different parents, consumed different content, read different books, had different rules for life, had different interests.
So it's so normal that we're all different, and if we weren't then we wouldn't have survived.
Like for example: If we all had the same dream of being doctors, we wouldn't have had any other jobs, that is only an example and you could apply it to all different situations.For that reason, thinking that people are idiots because they act, think, live differently, is a great factor for dumbness, because expecting all of us to be the same is.So that was it for today, hope this was helpful and not long enough for you to leave or get bored, I wish you a really great future, and hope I could see you here once again.
Brought to you with love by
HUSTLE ACCEPTED
Post a Comment
Labels#fyodor dosotyevsky, #intelligence, #quotes