Share
byHustle AcceptedPosted atNovember 10, 2020
One of the most important things that differentiate Android from IOS, is the ability to change as much as you want, whether its appearance, performance, or whatever.
One of these special abilities is to change the launcher as you know which means changing most of the device's UI (User Interface)
And whether you know it or not, your launcher could change much as overall, because it's dedicated to the home of your device, the place which you visit the most.
So, in my humble opinion, one of the best launchers you could be using today is Smart Launcher 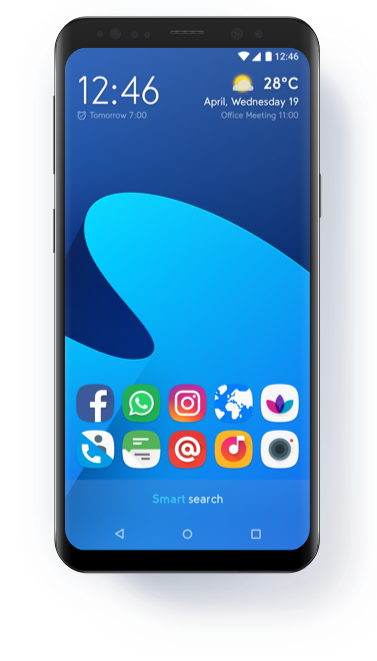 It divides your apps into 5 Tabs: Which makes reaching a certain app easier, because if you want to reach WhatsApp then it's found in the "Social" Tab, if you want to open youtube then it's in the "Media" Tab and so on.
Without making this article long, if you were searching for a launcher, go ahead and try out this one, I'm pretty sure you'll like it.
Search for "Smart Launcher" On Google's Playstore
Thanks for reading, and have a wonderful day
Brought to you with love by