The only solution to emotional problems 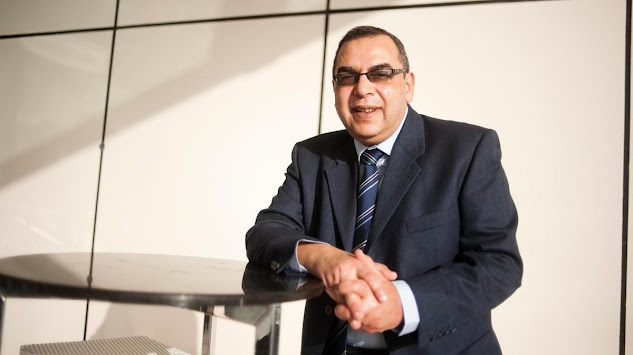 (The Great Author,Ahmed Khaled Tawfiq,May his soul rest in peace)

I've personally experienced depression, a traumatic one also, so I'm not one of the people that simplify things in a silly way, I'm fully aware that depression is different from being sad, mad, or any other negative feeling.

But I really once read a sentence that was just BRILLIANT, it summarized like 90% of depression's solutions.This great writer was "Ahmed Khaled Tawfiq" may his soul rest in peace, he said:"The only solution to emotional problems is don't be jobless, and don't be lonely"If you really think it out, you'll find that these 2 things are the 2 main reasons for depression, not just because they're causes on their own, but as they attract so many other negative feelings.1)Being jobless:Being jobless, which he meant that you have nothing to do and not "unemployed", a jobless person is someone who does not work, study, or train, doesn't have the main thing to be occupied by.Work takes most of my time, so it's the thing that kept me away from so many negative feelings for almost half of my life.
Being jobless is being empty inside, is having too much free time that you bring back old memories that hurts you, thinking of things that makes you suffer, overthinking even the silly details.So it's more that you don't have a life, than not having a job, this is one of the worst things you could do yourself.
All of my friends and colleagues my age when we were early teenagers were so depressed because of this single reason, they always felt like life was empty, at the same time I had my work, my learning pathway, my books, and I never felt this shitty feeling except for few days maybe.Worse than that,is that they never knew the reason.2)Being lonely:No matter how independent you are,you need other people to live as a human being,to be a stable human being,and to be a happy one hopefully.During many experiments and surveys on what mattered the most in people's hapiness and satisfaction,it was always the people surrounding that made the most difference,having even if a real one friend,a real spouse,a real family,is sooooo important even for our survival not only happiness and fulfillment.That's why you need to connect more with the people you love,get to know more people and network if you have no friends,have many connections even if they're not all that close (Because not all friends meant to be best friends or close ones)and at the end of the day,your network is your net worth,so it's even so beneficial professionally and personally.Add to this that being lonely might bring up so many things you don't want to remember or think about.So that's why I called it a brilliant quote because it really summarized an infinite number of words in a single sentence.I hope this was helpful, and I wish you an extremely happy life both personally and professionally.Brought to you with love by