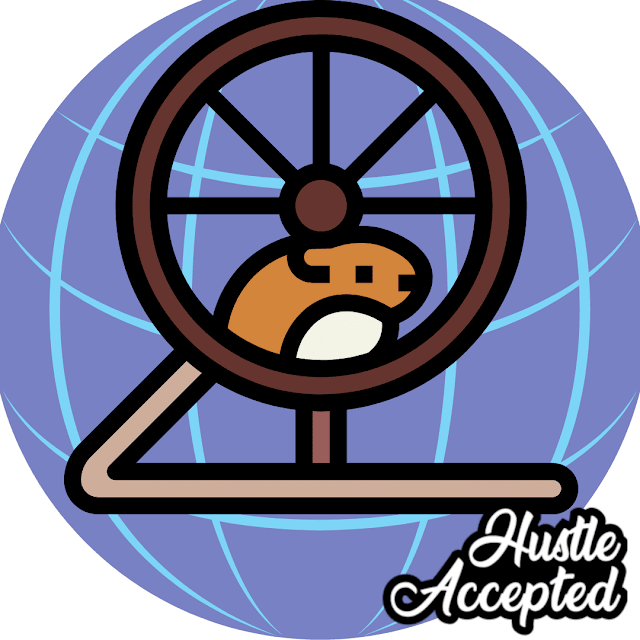 We talked recently about the "Rat Race" which is a term you might not be so familiar with.
I'd say that it's a state people get themselves in where they always think and dream of the next thing unstoppably, the next job promotion, the next new car, the next bigger house, without any sense of gratitude, a person involved in the rat race is never happy.

Now as we all became addicted to the internet, another type of this rat race appeared, and I'd call it the digital rat race, I don't know actually if anyone ever wrote about it before, but if not, then I'd like to coin this term.

The digital rat race is all about numbers because no matter how your numbers are up, you're never satisfied.
I'm talking about the number of followers you have, the number of followers your business page has, the number of visitors to your blog/website or digital store, the number of likes you get on your posts, and the number of people viewing your stories, are we ever satisfied? Simply, NO.
So this is a problem everyone encounters daily, yet no one talks about it, so how could we solve it? I'll tell you how.
When you're unsatisfied with a thing, you might be using the wrong metrics, I'll give you two examples, and you could apply them wherever they are applicable.
I started working when I was 12 years old, and when I started working in real estate (I was 15 then), I spent the first 4 months working day in day out without earning a single penny as a profit, which was discouraging.
I felt so bad at the end of this summer when I realized that I spent my whole summer without going out and making any achievements, so this is a miserable situation, right?
It was only because I decided it had to be, then I shifted my whole perspective, said to myself:

"You've gained an excellent network, you've earned much experience, and you learned what people might learn in years in a couple of months, I learned to handle people and to read their eyes correctly, and many invaluable lessons that can't be measured in terms of money, and that I've earned respect from business associates who were at sometimes 40 years older than me, so you've definitely won"

See, when I shifted my perspective, everything changed immediately, and I became so motivated to work. A couple of days after I made my first commission, I was delighted.
It reminds me of Demi Lovato's quote:

“You have the capability to change your life all with a simple shift in perspective.” 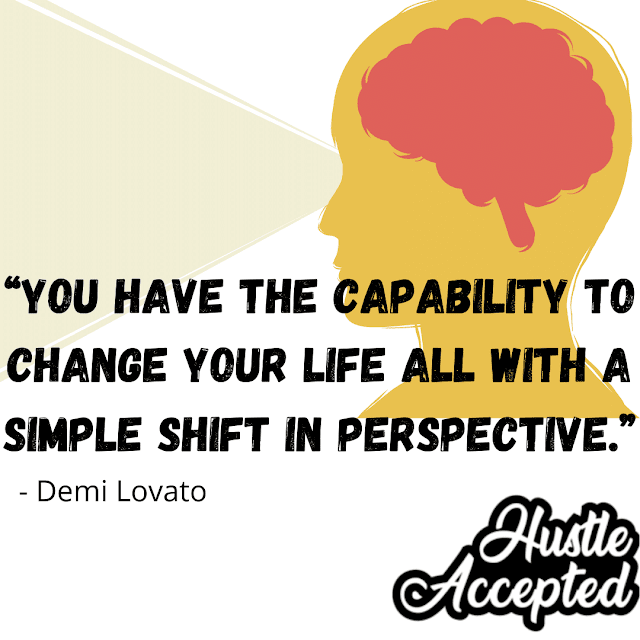 Another example is when I started writing, I had very few readers, not because I'm a terrible writer, but because people barely read. I'm more than happy you're reading this now, and I saw people having thousands of reads for a single article, while I wrote over 100 articles that have had less than 10k reads.
I was so discouraged at first, but then I also shifted my metrics and said to myself:

"If a single person read an article that I've wrote, and this article changed his life even by a 0.001% to the better, then I have definitely won"

Everything in this life is a matter of perspective, two people might be in the exact same situation, but their perspectives would be completely different, resulting in two different experiences.So to wrap this up, I'd say that if you're unsatisfied about anything in this world, just change your perspective, change your metrics, change the way you measure value in things.
you could get 100,000 fake visits to your blog, but a single loyal reader is more valuable, seek value, not numbers.Brought to you with love by