How Can I Quit Smoking? The Best Story About Quitting Smoking. 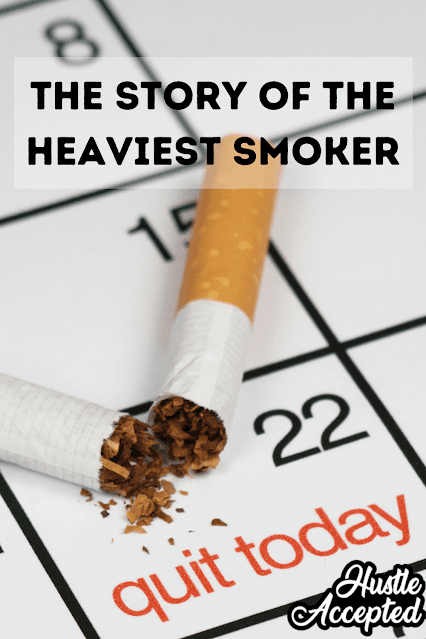 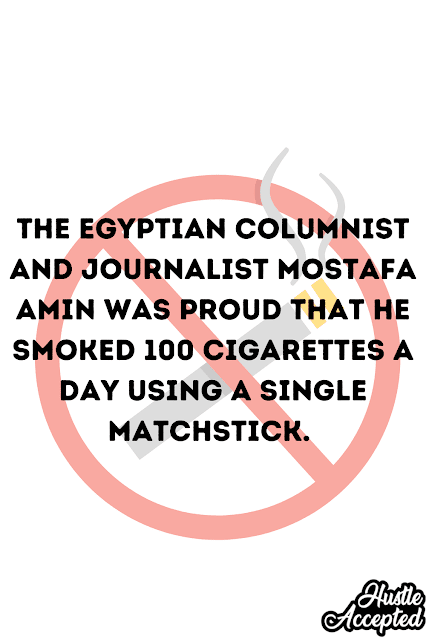 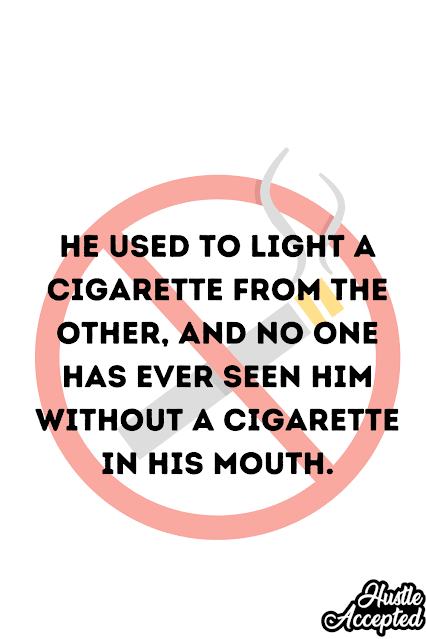 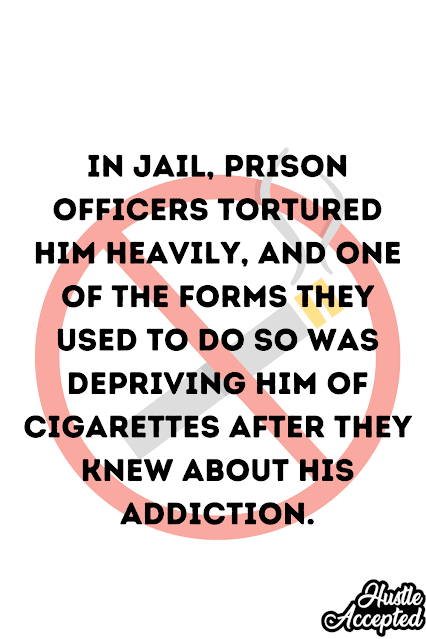 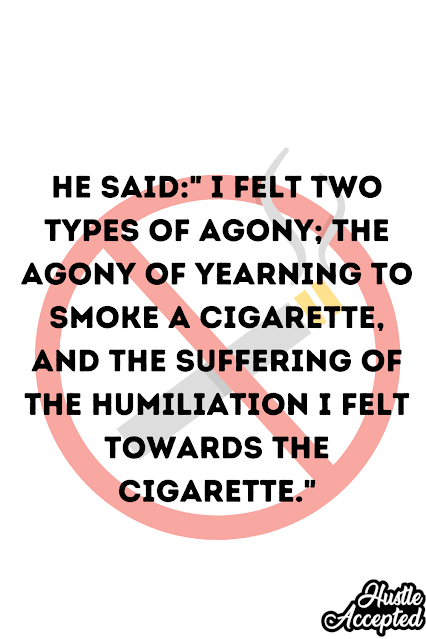 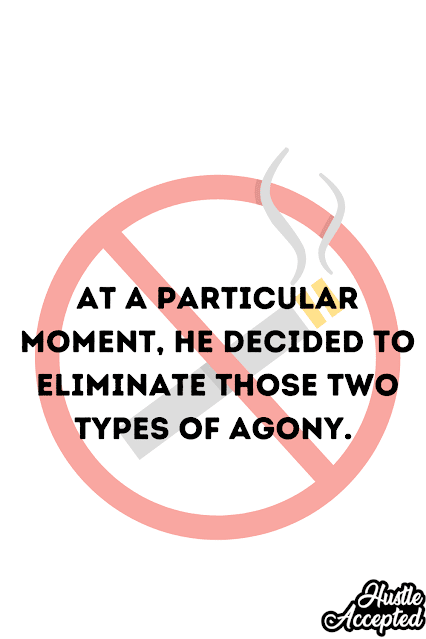 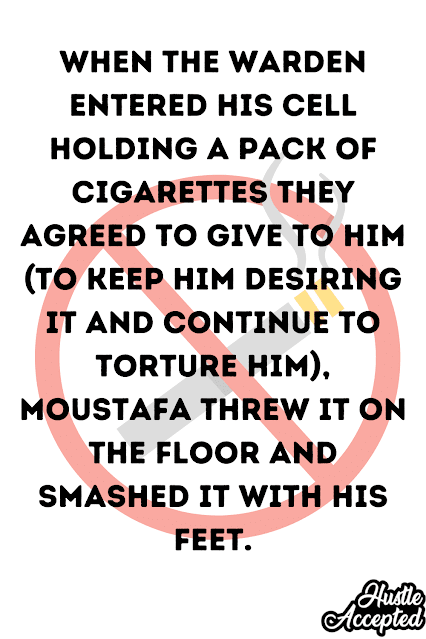 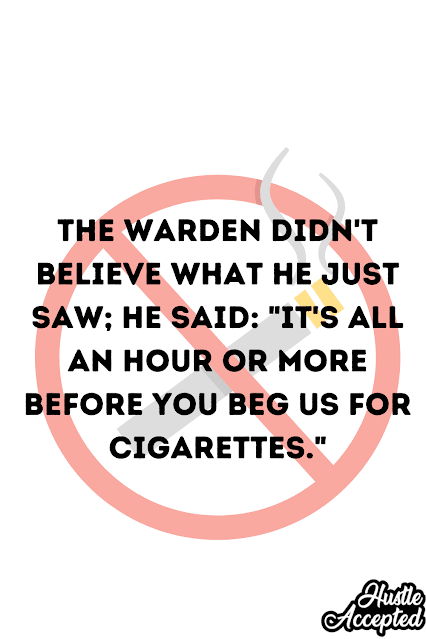 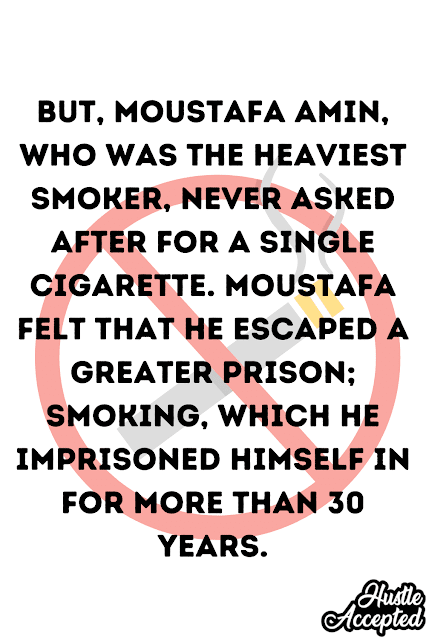 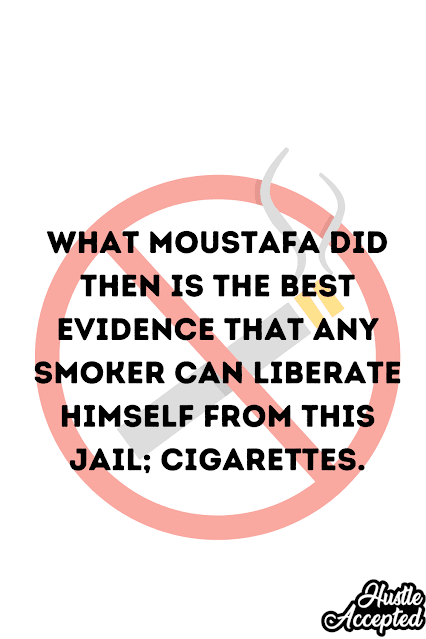 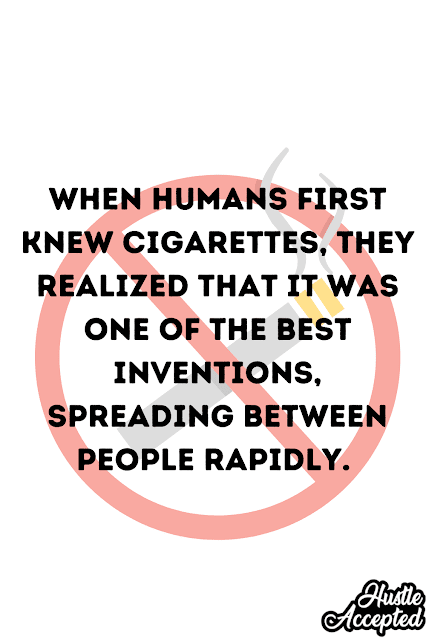 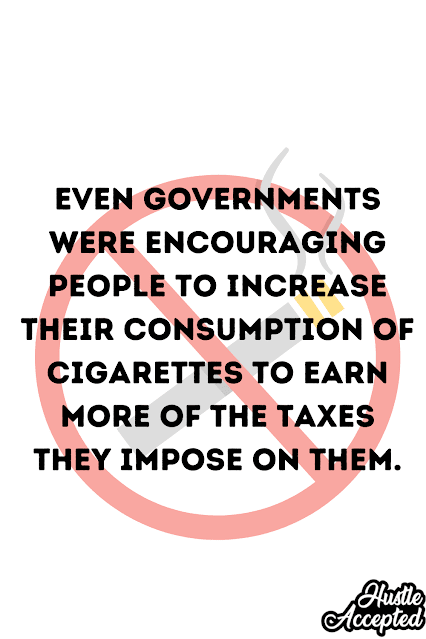 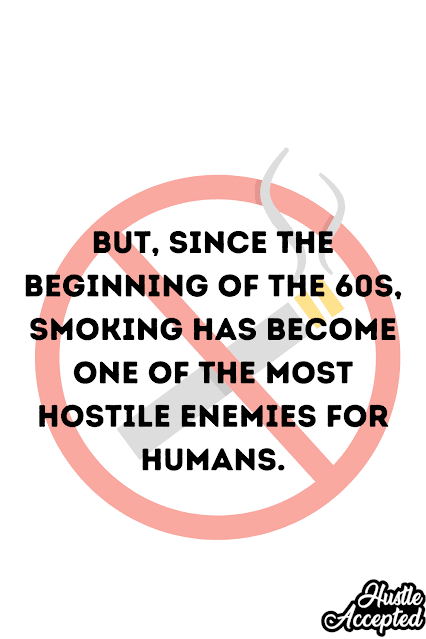 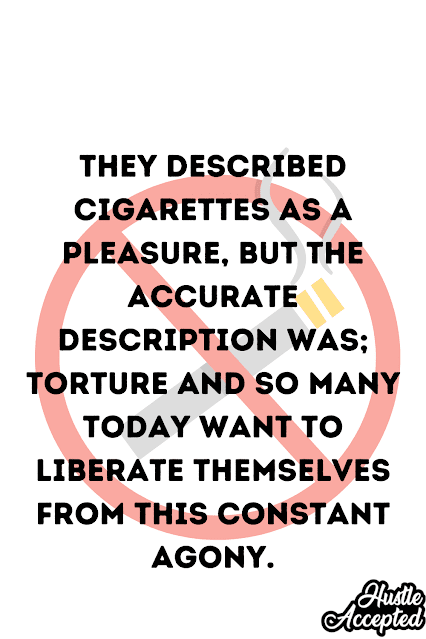 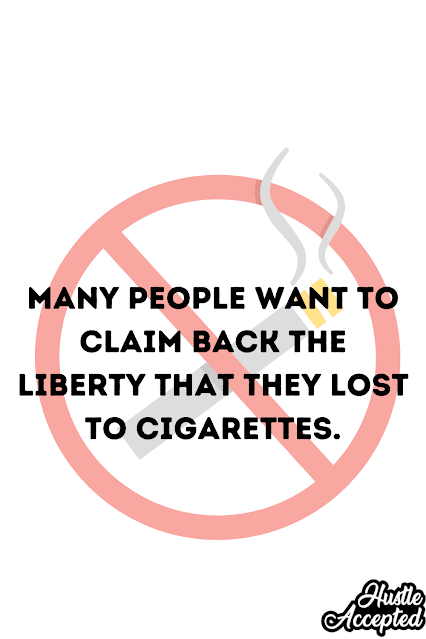 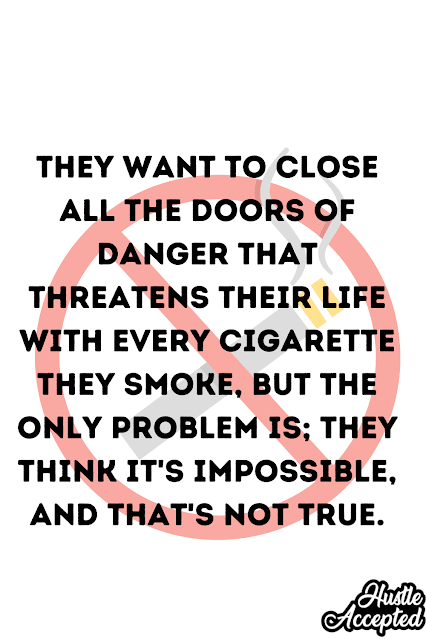 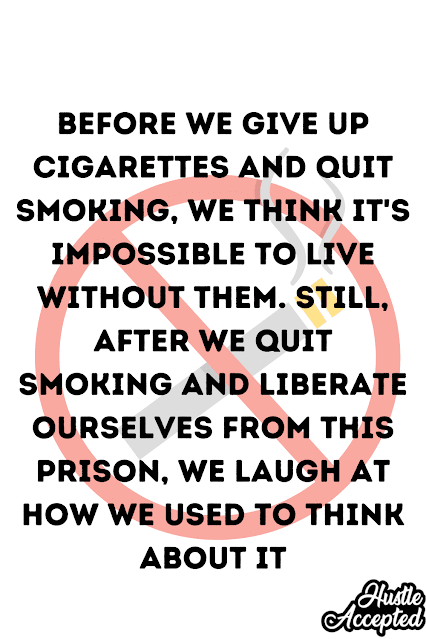 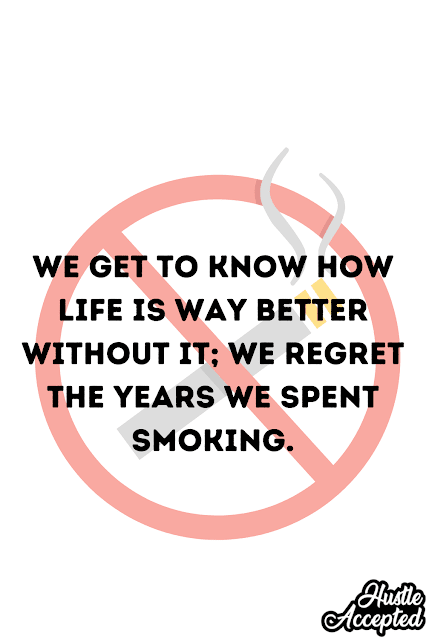 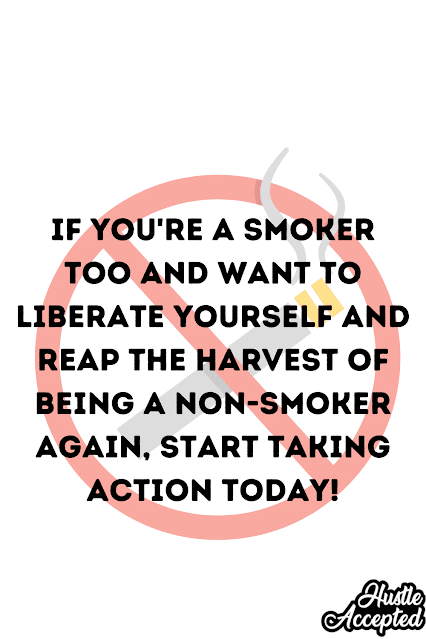 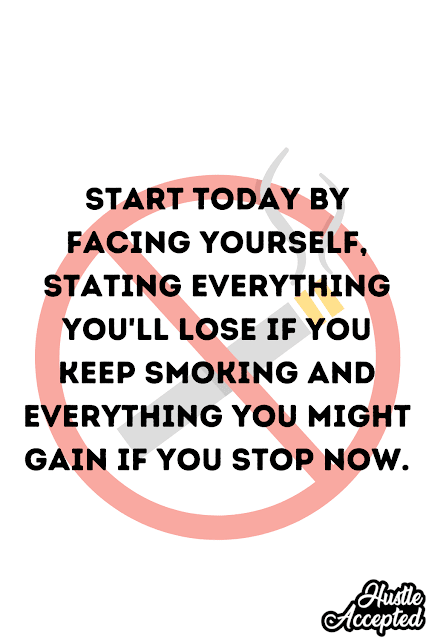 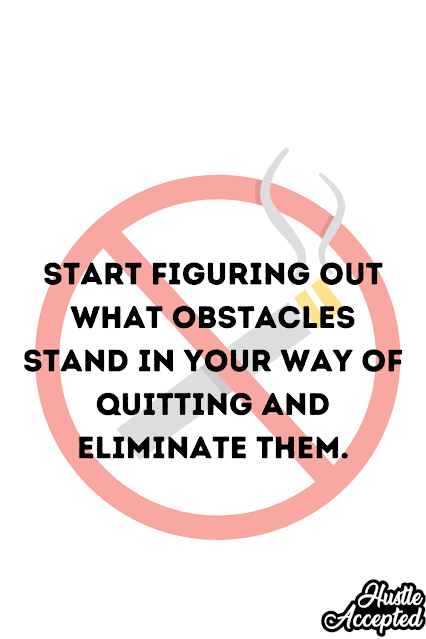 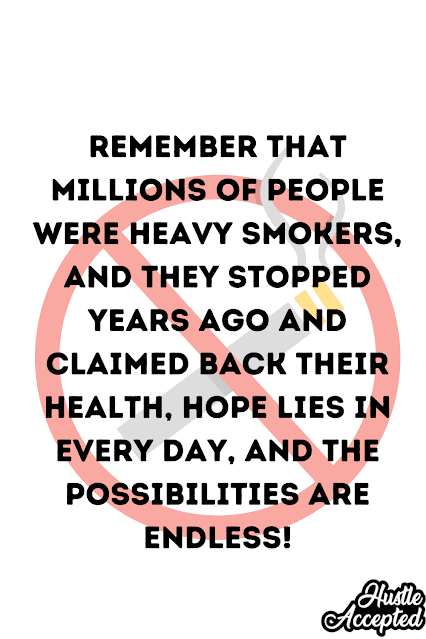 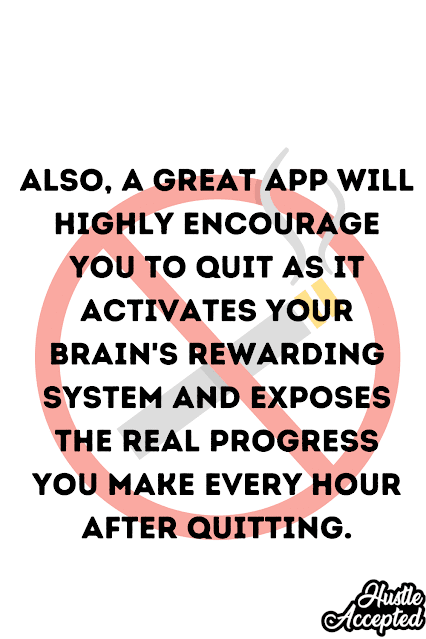 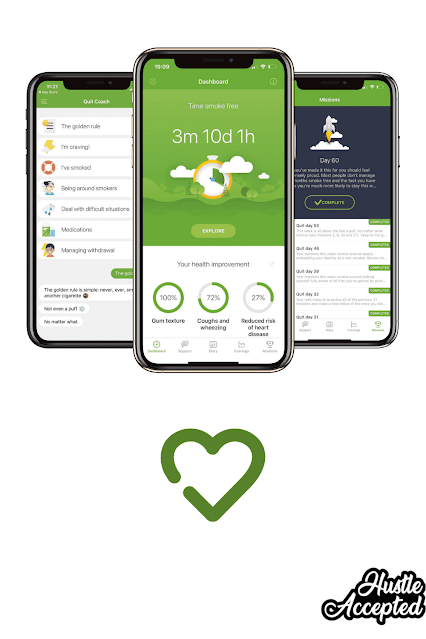 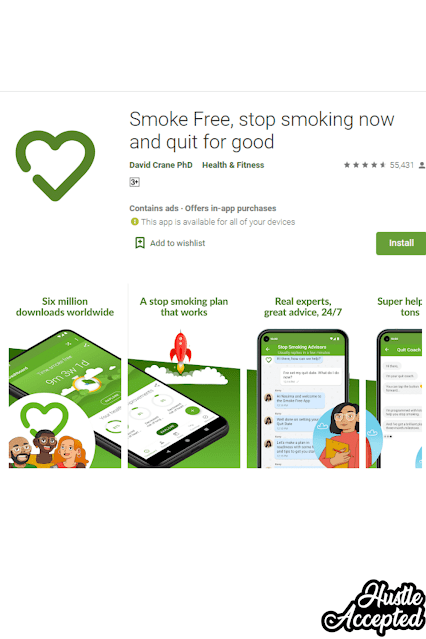 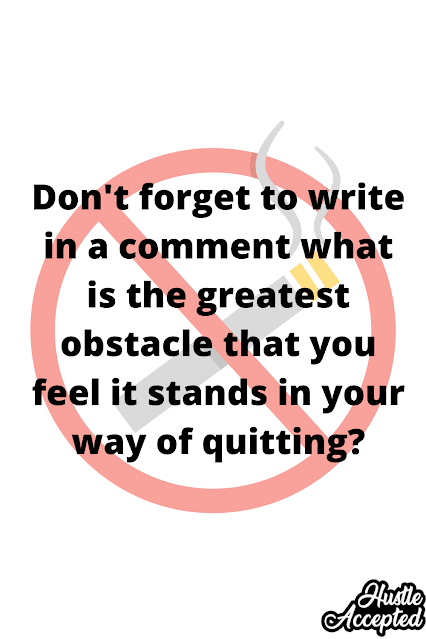 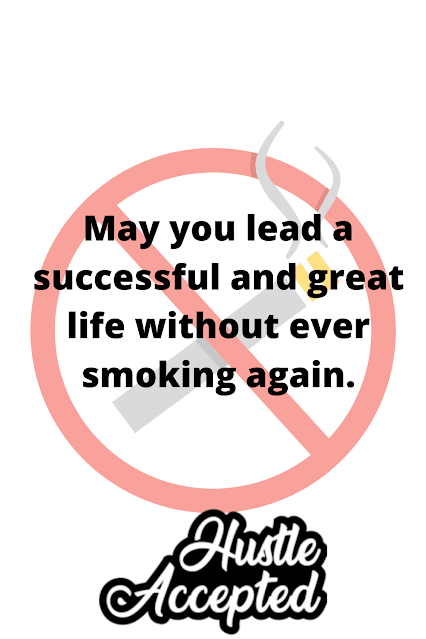 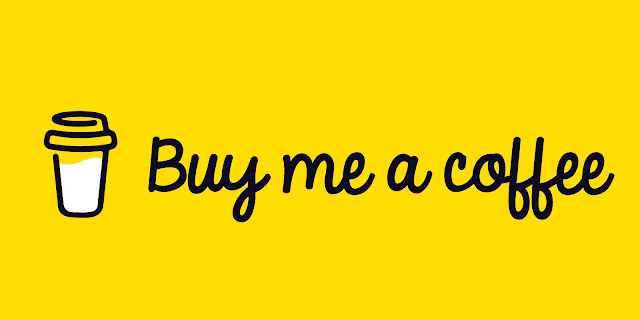 The Egyptian columnist and journalist Mostafa Amin were proud that he smoked 100 cigarettes a day using a single matchstick.

In jail, prison officers tortured him heavily, and one of the forms they used to do so was depriving him of cigarettes after they knew about his addiction.

He said:" I felt two types of agony; the agony of yearning to smoke a cigarette, and the suffering of the humiliation I felt towards the cigarette."At a particular moment, he decided to eliminate those two types of agony. When the warden entered his cell holding a pack of cigarettes they agreed to give to him (to keep him desiring it and continue to torture him), Moustafa threw it on the floor and smashed it with his feet.The warden didn't believe what he just saw; he said: "It's all an hour or more before you beg us for cigarettes."But, Moustafa Amin, who was the heaviest smoker, never asked after for a single cigarette. Moustafa felt that he escaped a greater prison; smoking, which he imprisoned himself in for more than 30 years.What Moustafa did then is the best evidence that any smoker can liberate himself from this jail; cigarettes.Every day that passes, science reveals results that emphasize that cigarettes are the worst invention humanity has ever known.When humans first knew cigarettes, they realized that it was one of the best inventions, spreading between people rapidly. Even governments were encouraging people to increase their consumption of cigarettes to earn more of the taxes they impose on them.But, since the beginning of the 60s, smoking has become one of the most hostile enemies for humans.Even though cigarettes' damage became no longer limited to smokers, it extended to surrounding people to the smoker who indulges the smoke in the air.They described cigarettes as a pleasure, but the accurate description was; torture and so many today want to liberate themselves from this constant agony.Many people want to claim back the liberty that they lost to cigarettes.They want to close all the doors of danger that threatens their life with every cigarette they smoke, but the only problem is; they think it's impossible, and that's not true.Before we give up cigarettes and quit smoking, we think it's impossible to live without them. Still, after we quit smoking and liberate ourselves from this prison, we laugh at how we used to think about it, and we get to know how life is way better without it; we regret the years we spent smoking.If you're a smoker too and want to liberate yourself and reap the harvest of being a non-smoker again, start taking action today!Start today by facing yourself, stating everything you'll lose if you keep smoking and everything you might gain if you stop now.Start figuring out what obstacles stand in your way of quitting and eliminate them.Remember that millions of people were heavy smokers, and they stopped years ago and claimed back their health, hope lies in every day, and the possibilities are endless!Also, a great app will highly encourage you to quit as it activates your brain's rewarding system and exposes the real progress you make every hour after leaving.Download Smoke-Free For Android Download Smoke-Free For IOSDon't forget to write in a comment what is the greatest obstacle that you feel it stands in your way of quitting?

May you lead a successful and great life without ever smoking again.
Brought to you with love by