What's The Most Useful Advice Someone Has Given You? 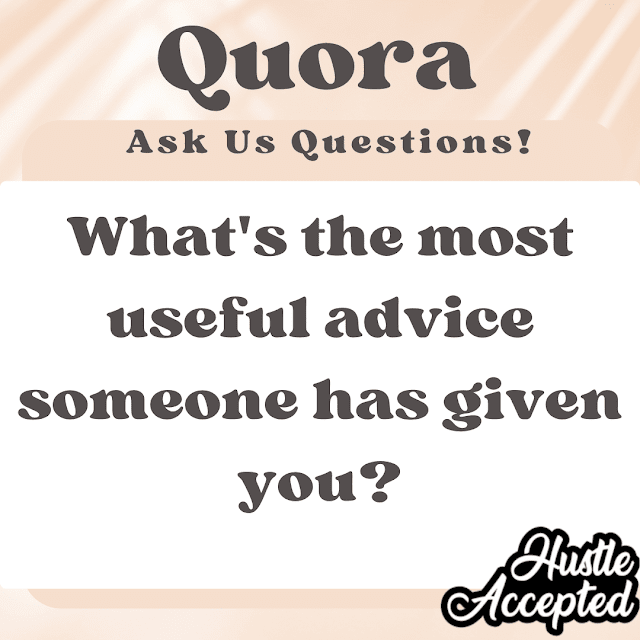 Before I say what the advice was, I have to tell a short story to deliver the whole picture:

I was having an interview with a business owner like 5 years ago, he was around 45 years and I was 16 then, and I realized that he smoked exceptionally heavily, he almost finished a pack in less than two hours. I couldn’t help but ask him why he did this to himself?

“When I was in high school most of my friends used to smoke, and I always used criticize them for how they harm themselves and burn their money, I then went to college, still wasn’t a smoker and I also criticized my friends for smoking, even in the army where most people smoke for the first time I didn’t, and I did the same thing; looked down on people for smoking”

He followed: “Then here am I old and smoking the way you saw me, and this taught me that when God distance you from a bad habit, never assume it’s because you’re better than other people, but thank God that between all people who have this bad habit you don’t.”

“It’s a favor from God, not from you”

I’m now 21 years old, so five years passed and still I can’t forget what he said to me, and it became a real-life application for me to never look down on anyone because of whatever he does, and whenever I see someone with a bad habit that I don’t have, I automatically thank god for this.

It’s so easy to feel that you’re better than other people because you’re doing better in life, but maybe if you lived their life you could have been worse, maybe it’s the best they can do, and you never know how a person suffers to be as good as you meet them, even if you can’t see the good in them, they could have been worse without consistent trials.